Hudson Yards is the largest mixed use private real estate venture in American history. Having officially opened for business earlier this year, the area along Manhattan’s West Side ushers in fundamental changes to the iconic skyline and the very fabric of the city. High-end shopping and dining sustain the area between the influx of 125,000 daytime office workers, tourists, residents and nightlife adventurers alike. The high-profile location attracted the elite UK hospitality group Rhubarb to plant its first overseas outpost with Wild Ink, an Asian inspired restaurant with an international approach.

Design is naturally of the utmost importance within such a landmark. The cornerstone of the motif at Wild Ink is a striking bamboo ceiling oriented in a grid-like fashion. The impression is that of a subtly rustic meets contemporary Asian flair. This unique interior unwittingly challenged the restaurant group’s intent to provide an enveloping, high-fidelity sonic environment to complement the dining experience. The inherent complexities were in part what led Rhubarb to the restaurant audio design expertise of Essential Communications, an audiovisual integrator based in East Hanover, NJ.

Construction of the restaurant was already underway when Essential Communications was brought onboard. The project was on an aggressive timeline, and acoustical considerations were not initially accommodated for. The environment needed to sound superior, yet the audio system had to be invisible, which was further complicated by duct work and air handlers that weren’t immediately apparent.

The space between the decorative bamboo grid and the actual ceiling was limited, so flexibility was key in selecting loudspeakers. Essential Communications eventually landed on pendant-style speakers as they could be mounted from a single point. The QSC AD-P6T pendants were paired with 12-inch subwoofers, which required more solid mounting space, but due to their omnidirectional nature, placement wasn’t as critical. The pendants act like spotlights, for example, placed over large banquette seating areas, while the QSC AD-S112sw subwoofers could be spread around with less concern for the specificity of their coverage.

The Essential Communications team designed the entire audio system on the QSC Q-Sys platform for its integrated control and audio processing, along with the simple and attractive nature of the user interface and touchpanels. “We wanted it to be simple because the most important aspect of the UI is the user,” explained David Schwartz, president, Essential Communications. “It can’t be like operating the Star Trek Enterprise.”

Noting how important aesthetics are in high-end restaurants, QSC’s UI and touchpanels lend themselves to a clean, attractive look. The interface Essential Communications designed is basically a restaurant logo with controls placed in a console type mixer style with sliders. The integrated nature of Q-Sys into the Core DSP means there are no coding issues trying to get the DSP to talk to control. “That convenience of programming and making it look good for the customer is what drives me to those products,” Schwartz said.

An additional requirement the client wanted with the audio system was to have DJ input jacks spread across the dining room. This allows them to bring in guest DJs or other sources. It also provides more flexibility to sell out the restaurant for events. Attero Tech AES67 networked audio wall plates were integrated for the range of inputs they offer, along with the ability to run digital signals over Cat-5 cable back to the QSC Core 110F DSP. “The cool thing about the entire QSC world with the DSP and Attero Tech wall plates is that they all network together. It’s all being connected through the same switch,” Schwartz said.

Music playing in four individual restrooms emanates from SoundTube flush-mount ceiling speakers. Overall, the system was just four zones covering the bar, two dining room zones and the bathrooms. This decision was driven by the client based on experiences in their other restaurants.

Essential Communications was also tapped to provide the network and security systems at Wild Ink, for both the restaurant and the back-end operations office. Closed circuit cameras were placed throughout the space with some minor door entry points in the more sensitive areas. In partnership on the security, the expertise of Adam Weintraub and Fusion Electronic Systems, was integral to the design and implementation of the CCTV and access control. Weintraub also led the daily jobsite operations, include installation and site supervision.

Wi-fi was really important to the client. In addition to a public guest network, a wireless POS enables servers to place orders tableside with a mobile device. With the networking, a main IT rack was located in an operations office on a separate floor from the restaurant, where the AV and security racks were housed. The distance was too far to run Category Cable, so they provided 1,000 feet of fiber, which also ensured the speed required. The move is indicative of a larger trend with fiber really coming into its own in light of internet speeds and copper limitations, according to Schwartz.

Beyond the design of this project, the construction challenges associated with Hudson Yards were persistent. Some 3,500 people were working across Hudson Yards on a daily basis. Safety standards were incredibly stringent with all the latest OSHA certifications, random drug and alcohol tests conducted and background checks all required for each individual person on site. They needed contingency plans in place and extra people trained and certified in the event someone was out sick. Even the deliveries were strictly scheduled, which added time and money daily. Overall, an incredible amount of coordination was required to adhere to Hudson Yards standards. It was no easy feat, yet “our team responded flawlessly,” Schwartz said.

While the challenges were many, the Essential Communications team effectively anticipated the needs based on their experience with similar implementations. At the core of this success was a mutual trust and respect with the client. “We were truly a consultative resource,” Schwartz said.

“The client trusted our experience, and they benefited from that.” 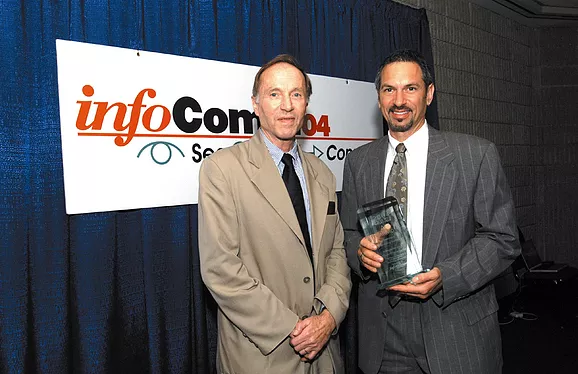 Effective solutions to both acoustical and existing noise/vibration problems.

Essential Communications designs and builds systems that are completely unique to each and every environment, whether it’s for retail, restaurants, hospitality, fitness, industrial, corporate or other applications.